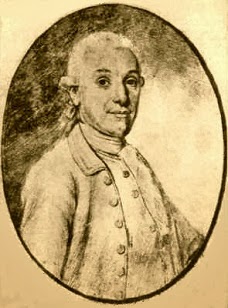 Antonio Lolli was an Italian violinist and composer born sometime around the year 1725.  He was very famous and influential in his day but is now forgotten.  However, some of his music is still around.  He wrote several violin concertos – eight were published.  Lolli toured Europe extensively while playing in court orchestras in Germany and Russia.  He was solo violinist in Stuttgart from 1758 to 1774.  He then served as chamber virtuoso at a Russian court in St Petersburg from 1774 to 1783.  In 1794, Lolli was appointed chief conductor in Naples.  He composed 36 caprices for violin and 24 violin sonatas.  Some of his music is still in print.  Lolli died (in Palermo) on August 10, 1802, at (about) age 77.
Posted by MUSE at 8:16 PM 1 comment:

This is a list of my favorite performances or recordings of the standard violin concerto repertoire, and perhaps a couple that are not yet so standard.  The word “favorite” does not necessarily mean “best,” it just means the one I enjoy the most or the one that speaks to me best or the one I favor for reasons I can’t readily explain.  Just as are my choices of violinists who are profiled here, the list is completely arbitrary.  You will notice that Heifetz figures somewhat prominently and perhaps he would have been named even more times but there are many concertos which he – to the best of my knowledge - never recorded: the Barber, Berg, Dvorak, Haydn, Khachaturian, Mendelssohn 1, Saint Saens 3, Schoenberg, Schumann (!!!), Shostakovich, Stravinsky, and Vivaldi.  Heifetz is named 11 times; Isaac Stern is named 2 times,  Gil Shaham is named 2 times; Michael Rabin is named 2 times; all the rest only once.  Not counting Vivaldi, there are 42 concertos included. I also threw in a few concert favorites which are not concertos but are very frequently played. 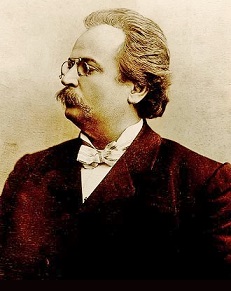 Vaclav Suk (Vyacheslav Ivanovich Suk) was a Czech violinist, conductor, and composer born (in Kladno, Bohemia) on November 16, 1861.  I do not know if he is related to composer Josef Suk but it has been said that he is.  Suk studied at the Prague Conservatory with Antonin Bennewitz (teacher also of Otakar Sevcik and Karl Halir) from 1873 to 1879.  He joined the Warsaw Philharmonic in 1880.  He was 19 years old.  Very soon thereafter, he moved to Kiev to play in the Imperial Orchestra as concertmaster.  Two years later, he went to Moscow to play in the Bolshoi Orchestra (1882-1887.)  In 1885, he began his conducting career in Kharkiv (in the Ukraine.)  After that, he guest conducted in Europe and Russia but I do not know if he kept playing the violin.  From 1890 to 1894, he either played in or conducted a private orchestra in Vilnius (Lithuania), Jascha Heifetz' birthplace.  It is entirely possible that Heifetz’ father, Ruben, was playing in that orchestra at the time.  From 1894 until 1906, Suk was probably free-lancing as a conductor or violinist or both.  In that year, he returned to Moscow to serve on the conducting staff of the Bolshoi Opera.  He stayed there for 25 years.  In 1928, he was promoted to the position of Chief Conductor.  However, he also conducted concerts, promoting the works of Czech composers.  In 1927, he began a separate but simultaneous tenure at the Stanislavski Opera Theatre, also in Moscow.  Suk premiered some of Rimsky-Korsakov’s operas and was known for his fine interpretations of Tchaikovsky’s music.  There is no mention of him as a teacher but it's hard to imagine that somewhere along the way he did not have pupils, whether in violin, conducting, or composition.  On the other hand, perhaps he simply didn't care for that kind of work.  Suk died (in Moscow) on January 12, 1933, at age 71.  Prokofiev was 41 years old, Richard Strauss was 69, and Stravinsky was 50.  Music had become modern.  Suk composed a number of works for orchestra, some chamber music, and a few songs.  I don’t think any of that music is played today, except, perhaps, in the Czech Republic.  Late in life, Suk’s portrait was painted by Leonid Pasternak, father of writer Boris Pasternak.
Posted by MUSE at 1:06 PM No comments: 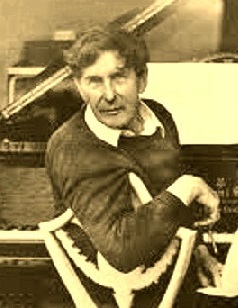 Erich Gruenberg is an Austrian violinist and teacher born (in Vienna) on October 12, 1924.  Although he has appeared as soloist with many orchestras around the world, he is primarily known for his teaching at the Guildhall School of Music and the Royal Academy of Music and his career as a concertmaster with various orchestras.  He has lived in London for over 65 years – since 1946.  He began his studies as a child in Vienna.  From there, he relocated to Jerusalem (Israel – known as Palestine at the time) in 1938 (one source has it as 1939) where he studied at the Jerusalem Conservatory.  Various sources state that he led the Jerusalem-based Palestine Broadcasting Service Orchestra also known as the Palestine Broadcasting Corporation Orchestra (presumably as concertmaster) from 1938 to 1945.  This orchestra may have been the precursor of the Jerusalem Symphony, not to be confused with the Palestine Symphony Orchestra which was founded in 1936 and later became the Israel Philharmonic.  In 1946, he moved to London – he was 22 years old.  The following year, he won the Carl Flesch International Violin Competition in London and took off on a solo career after that.  That was only the third year of the competition and there was no monetary award in those days.  Gruenberg later served on the jury of the competition as well as juries in other violin competitions.  He subsequently served as concertmaster of the Stockholm Philharmonic from 1956 to 1958.  He was 32 years old.  From 1962 to 1965, he was the concertmaster of the London Symphony.  Finally, from 1972 to 1976, he was the concertmaster of the Royal Philharmonic (London.)  All the while, he continued concertizing.  His daughter Joanna, a concert pianist, would sometimes accompany him on recital tours.  Leonid Kogan and his daughter Nina also did the same thing.  Gruenberg also played first violin in the London String Quartet for ten years - I do not know during which years – and formed and led other chamber music ensembles during his career.  He has also premiered several modern works and was the first to play the Britten violin concerto in Russia.  He has recorded on the EMI, Decca, Chandos, Hyperion, and other labels.  The recording that is mentioned most frequently is his recording of all Beethoven sonatas.  His recording of the Beethoven concerto on YouTube is here.  Among his violins have been a Carlo Bergonzi from 1737 (the Emiliani), which Dietmar Machold sold for him in 1996, a Pietro Guarneri from 1704, and a 1731 Stradivarius which was stolen from him in late July of 1990 but recovered in April, 1991 in Central America.  That was indeed rare because once a Stradivarius is stolen, it disappears forever although there have been exceptions.  One such is the Gibson Stradivarius which was twice stolen from BronislawHuberman.
Posted by MUSE at 9:04 AM No comments: 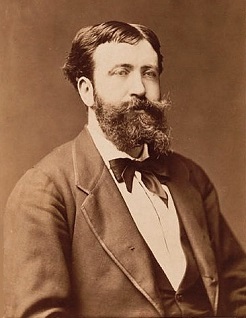 Jules Garcin (Jules Auguste Salomon Garcin) was a French violinist, teacher, composer, and conductor born (in Bourges) on July 11, 1830.  He was an important musician in his day but, as were so many other significant violinists of his time, he was, after his death, soon forgotten.  Nevertheless, unlike orchestral musicians, he can never be completely invisible because of two historical facts: he taught Henri Marteau and he conducted the premiere of Cesar Franck’s d minor symphony.  In old age, he bore a striking resemblance to Czech violinist, Ottokar Novacek, although his claim to fame does not in the least depend on that fact.  He must have started violin lessons at an early age but I don’t know what age.  At 13, he entered the Paris Conservatory, studying with Jean Delphin Alard among other teachers.  He graduated in 1853, and was about 23 years old by then.  Three years later (1856) he became a member of the opera orchestra.  Fifteen years after that (1871), he was appointed concertmaster and assistant conductor of the orchestra.  Fourteen years later (1885), he was made chief conductor.  During all that time, he had also been assistant conductor and solo violinist of other orchestras (or concert associations) in Paris.  One such orchestra was the Orchestra of the Concert Society of the Conservatory.  He began teaching at the Paris Conservatory in 1875.  He was 45 years old.  On February 17, 1889, he conducted the premiere of Cesar Franck’s symphony in d minor, a work which was initially much-maligned by French musicians and critics alike.  Garcin played a copy (constructed in 1868 by JB Vuillaume) of the famous Messiah Stradivarius (1716), a Stradivarius from 1715 (the Cremonese, later owned by Joseph Joachim and now held by the City of Cremona), and another Strad from 1731 which bears his name.  The 1731 Strad was later owned by Israel Baker, then Sidney Harth, and later still by Kees Hulsmann.  Among the small number of Garcin compositions is a violin concerto which he used to play.  I don’t know if anyone else ever played it.  After retiring from the conservatory due to illness, Garcin died (in Paris) on October 10, 1896, at age 66.
Posted by MUSE at 8:13 AM 2 comments: